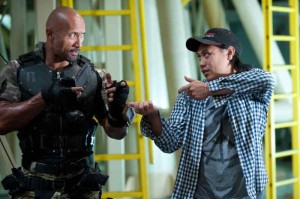 In this featurette GI Joe: Retaliation director John Chu and producer Lorenzo di Bonaventura talk about how they used 3D in the making of the movie. It’s a fascinating look at not only the technology but the process they used for the visual effects

GI Joe: Retaliation is showing in cinemas nationwide from Friday in both 3D and 2D, though several cinemas are already screening it.