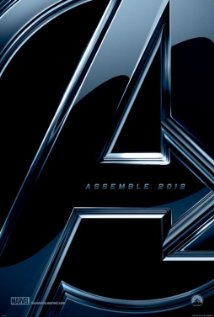 If you go to see Captain America The First Avenger remember to stick around for the trailer AFTER the final credits  – if you’re a Marvel fan you won’t regret it!

I haven’t been able to find an officially sanctioned version of the teaser yet, so here’s one which was obviously recorded by someone in a cinema (and a noisy one at that!):

The Avengers (official teaser trailer after… by mediafreaks3d