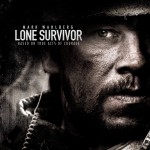 The official trailer for Mark Wahlberg's upcoming action / drama movie, Lone Survivor, has just been released by Universal Pictures Ireland. The film is based on the true story of the failed Seal mission "Operation Red Wings". 4 members of Seal team 10 were given the mission to apprehend or kill Ahmad Shahd, a notorious Taliban leader. The mission was a failure and Marcus … END_OF_DOCUMENT_TOKEN_TO_BE_REPLACED