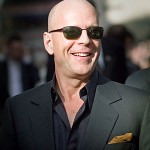 The Die Hard franchise simply refuses to die .. While there was a respectable gap in the series of sequels with 12 years between Die Hard With A Vengeance (1995) and Live Free or Die Hard (2007), Hollywood has obviously decided to shorten the gap with the next release. The oddly titled A Good Day To Die Hard goes on release in the US in February 2013. Whether the film … END_OF_DOCUMENT_TOKEN_TO_BE_REPLACED