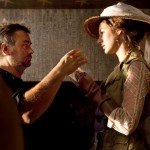 As mentioned a few days ago, Luc Besson's latest film Adele Blanc-Sec is getting its UK release this month. In the run up to the release the distributors have made available some more images from the film, as well as some "behind the scenes" shots.         … END_OF_DOCUMENT_TOKEN_TO_BE_REPLACED 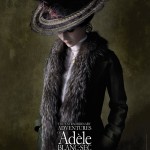 Adele Blanc-Sec (Les aventures extraordinaires d'Adèle Blanc-Sec) is Luc Besson's latest film. While it went on release in his native France a year ago (and has been available on bluray for several months) it is  getting a UK release this month. The film should be going on release in the UK on 22 April. In common with most Luc Besson films, the soundtrack is by Eric Serra … END_OF_DOCUMENT_TOKEN_TO_BE_REPLACED