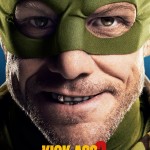 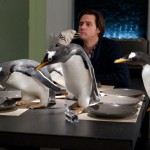 Starring Jim Carrey, Carla Gugino, and Angela Lansbury, Mr Popper's Penguins goes on general release in the UK and Ireland on August 5th. The film is based on a novel that was first published in the 1930s about a man who inherited 12 penguins. In this screen version of the story there are only 6 Jim Carrey plays Mr Popper, who is a successful businessman. He's divorced, … END_OF_DOCUMENT_TOKEN_TO_BE_REPLACED