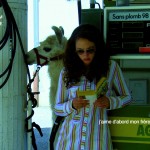 Going on release on July 8th 2011 is  Jean-Luc Godard's Film Socialisme   Godard isn't your average director and is one of the most influential directors of the past 50 years. This film is described as "a symphony in three movements", which I guess isn't that strange when you consider his pedigree! Born in 1930, Jean-Luc Godard became acquainted, … END_OF_DOCUMENT_TOKEN_TO_BE_REPLACED