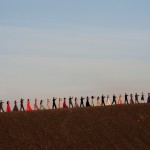 Pina sounds like it could be quite an interesting film. It's directed by Wim Wenders, so it's going to attract plenty of positive critique .. It's in 3D .. what isn't? It's going on release in the UK on April 22 2011.     Related articles Wim Wenders premieres Pina Bausch dance film in 3D (reuters.com) Wim Wenders - PINA World Premiere … END_OF_DOCUMENT_TOKEN_TO_BE_REPLACED