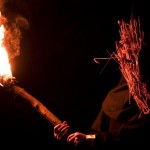 Kill List goes on release on September 2nd. The film, which is directed and co-written by Ben Wheatley, stars Neil Maskell, Michael Smiley, Myanna Buring and Emma Fryer. Here's the official synopsis to give you a "taste" of it: Eight months after a disastrous job in Kiev left him physically and mentally scarred, ex-soldier turned contract killer, Jay, is pressured by his … END_OF_DOCUMENT_TOKEN_TO_BE_REPLACED