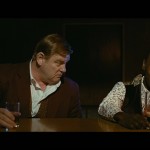 It isn't that often that an Irish film gets picked up by a major film distributor, but The Guard, starring Brendan Gleeson, Don Cheadle, Mark Strong and Liam Cunningham has done that. The film did well at Sundance and is slated for an Irish release this summer (July 8th)   Here's the official lowdown: The Guard is a comedy-thriller set on the west … END_OF_DOCUMENT_TOKEN_TO_BE_REPLACED