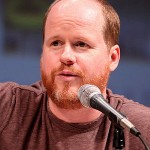 Reports this morning say that Joss Whedon has agreed to direct the sequel to The Avengers The sequel is expected to go on release in 2015, though there's going to be plenty of other Marvel related movies between now and then (Avengers hasn't even been released on Bluray / DVD yet!) Related articles Joss Whedon will return for 'The Avengers 2' (variety.com) Joss Whedon … END_OF_DOCUMENT_TOKEN_TO_BE_REPLACED