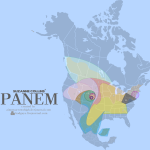 The new theatrical trailer for The Hunger Games Catching Fire: The film goes on release at the end of November in the US, so it'll be in time to get the Christmas season boost. … END_OF_DOCUMENT_TOKEN_TO_BE_REPLACED

When Jennifer Lawrence was signed up to star alongside Bradley Cooper in the film adaptation of "Serena", "The Hunger Games" hadn't been released. Since its release Ms Lawrence has gone from being "hot" to "smoking hot", with The Hunger Games breaking box office records. So any film starring Ms Lawrence is going to draw audiences to the box offices, no matter what … END_OF_DOCUMENT_TOKEN_TO_BE_REPLACED 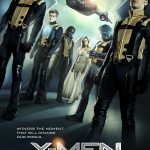 X-Men First Class goes on release next week. Here's another version of the poster promoting the movie.       … END_OF_DOCUMENT_TOKEN_TO_BE_REPLACED