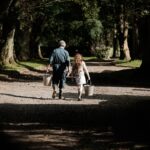 Lunchtime today was when it all was going to happen, or not. There were multiple Irish films, cast and crew up for nomination for this year's Oscars and nobody could have predicted how well it would go. As the dust settled on the full list of nominees Ireland and Irish film has done really really well. The two big standouts are of course "The Banshees of Inisherin" and … END_OF_DOCUMENT_TOKEN_TO_BE_REPLACED