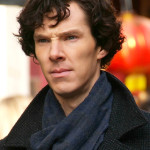 Benedict Cumberbatch stars as Alan Turing in the upcoming release The Imitation Game. Turing was in the news over the last few days as he was granted a pardon - although it comes far too late. The film makers released a still from the upcoming movie, the first shot to be made officially public so far: https://twitter.com/tigmovie/status/415596720408371200 Related … END_OF_DOCUMENT_TOKEN_TO_BE_REPLACED