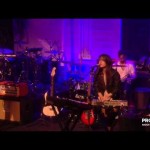 Watch highlights from the Project X premiere after party featuring performances by Tyler, The Creator, A-Trak, The Hundred In The Hands, Drop The Lime, Jesse Marco and Kid Cudi. See Project X in theaters March 2nd. http "Project X" is an out-of-control comedy that follows a group of buds who set out to throw the most epic 17th birthday party ever. The film documents a high … END_OF_DOCUMENT_TOKEN_TO_BE_REPLACED