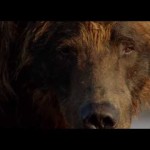 In an epic story of breathtaking scale, Disneynature's new True Life Adventure "Bears" showcases a year in the life of a bear family as two impressionable yo... … END_OF_DOCUMENT_TOKEN_TO_BE_REPLACED 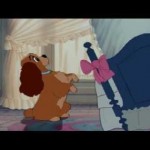 Fall in love with Walt Disney's Beloved Classic, Lady And The Trampâ"now unleashed in glorious high definition for the first time ever on Blu-ray! Like us on Facebook: Join Disney Movie Rewards: Experience like never before the thrilling adventures of Lady, a lovingly pampered cocker spaniel, and Tramp, a freewheeling mutt with a heart of gold. This heartwarming tale now … END_OF_DOCUMENT_TOKEN_TO_BE_REPLACED

Simba, Mufasa, Nala, Timon and Pumbaa are back and better than ever as Disney's "The Lion King" comes home on 3D Blu-ray, Disney Blu-ray and Disney DVD. An unforgettable story, breathtaking animation, beloved characters and award-winning music sets the stage for "The Lion King", a Disney classic that follows the adventures of Simba, the feisty lion cub who "just can't wait to … END_OF_DOCUMENT_TOKEN_TO_BE_REPLACED