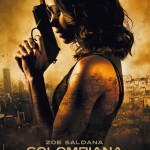 Zoe Saldana is the star of the upcoming action flick from the director of Transporter 3, Colombiana. EuropaCorp released this short "making of" with her, which starts in French but then switches to English - worth watching. The film went on release in France earlier this week, but we're going to have to wait until September to see it :( (Unless I can justify a trip to … END_OF_DOCUMENT_TOKEN_TO_BE_REPLACED 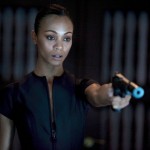 EuropaCorp and Sony Pictures have teamed up on the upcoming release of Colombiana starring Zoe Saldana, Jordi Molla, Lennie James, Cliff Curtis, Michael Vartan and Benites. The film is directed by Olivier Mégaton with a script by Luc Besson and Robert Mark Kamen.   Besson seems to have a thing for attractive women who like to kill people (think Nikita). … END_OF_DOCUMENT_TOKEN_TO_BE_REPLACED