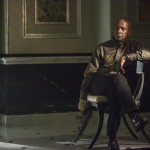 Denzel Washington plays the lead role in the upcoming release of "The Equalizer". The first trailer has just come out and gives a hint to the movie's angle - lots of violence and plenty of action: The movie gets its US release on September 26th.  According to IFTN it'll also be released in Ireland … END_OF_DOCUMENT_TOKEN_TO_BE_REPLACED